Sara's aunt Catherine Mary Ajizinga Chipembere is a Malawian gender activist who  is the founder of Women’s Initiative Network (WIN) . She was born in 1935 in Malawi. She was the wife of Malawian nationalist Henry Masauko Chipembere and is the mother of the internationally known jazz artist Masauko Chipembere Jr. She was exiled to the US from Malawi together with her husband, and later returned to Malawi and was the first woman elected to Malawi Parliament. She currently works with AIDS orphans and runs twelve pre-schools, serving more than 1,000 AIDS orphans. She also runs a women's knitting cooperative in Mangochi.   www.win-international.org

Sara ( Chipembere) Taylor and the team prepare for Missions work in Malawi.  Pastor Gary Ham facilitated the session on September 5, 2018 in Rochester NY.  The team of five will be in Malawi October 11-23, 2018 primarily working in Mangochi and the village of Malindi where Sara's family resides. ​ Photos below from left to right:  Sara with missions team in Rochester, Sara and her father John P Chipembere 2015 and his burial in Malindi 2016. 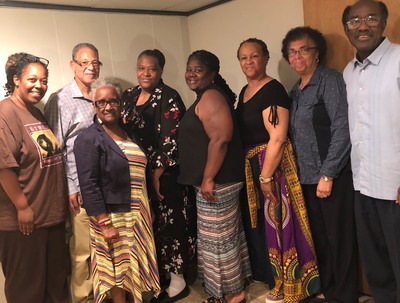 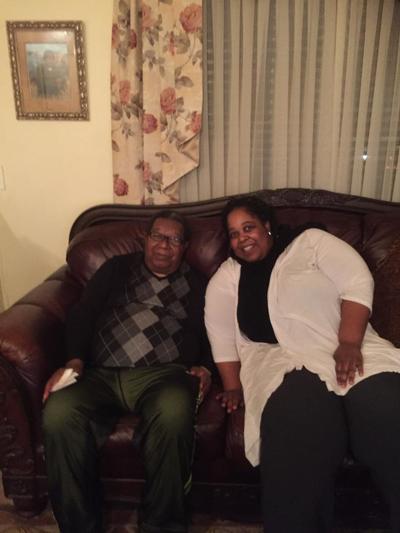 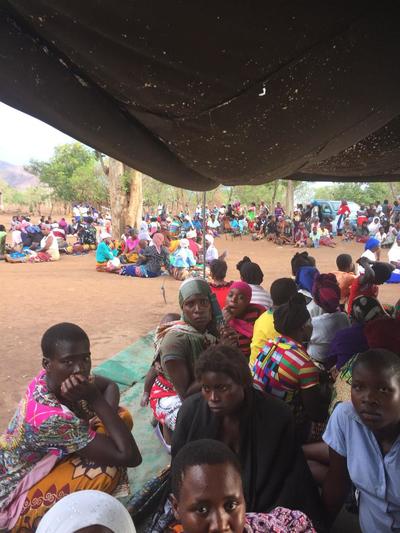 My father, John P. Chipembere was a Malawian who lived in the United States for more than 30 years and returned to Malawi where he passed away in October 2016.

For the last 12 years, my aunt Catherine Chipembere has asked for my assistance to fundraise and write grants for the Women’s Initiative Network (WIN) a non-profit she founded. The aim of Women’s Initiative Network (WIN) is to support orphaned and impoverished children in rural Malawi as well are their caregivers, who are usually women, by providing them with the physical and educational tools to overcome poverty, hunger, and disease.

It took many years but as I began to understand and submit to the greater “call” on my life, I am obligated to use my skills, experience and talents to help her and the WIN organization. For many years I watched my father support our family and charity work in Malawi and the United States. My son Darwin and I partnered with four missionaries to implement a trip October 2018 to serve and help the WIN organization.

I feel blessed and humbled to serve in Malawi and spread the gospel of Jesus Christ and his unconditional love.